Edea is a company established in 2000 and that debuted on 02.02.2002: two years of intense research that allowed Edea to bring new ideas and innovative projects in the skates production. Research, development and production are entirely based in Italy and focused only on figure-skating boots (both ice and rollers). The Founder is Sabrina Merlo, daughter of Antonio Merlo and Caterina Rizzo and grandaughter of Armando Rizzo, Founder of Risport in 1972. In 1995 Risport was sold and it is still present in the market with its production. Currently, Mr. Merlo and Mr. Rizzo are considered the \'wisdom\' of Edea and they are part of it as Supervisors. Challenges, changes and technical innovation in the skates field are considered at Edea a stimulus to lead the company to the Top. 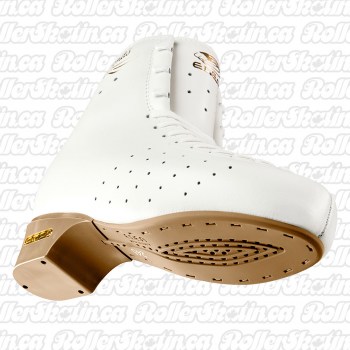